“The heavens declare the glory of God;

And the firmament shows His handiwork.” (Psalm 19:1)

God reveals His existence and nature through His physical creation. Likewise, God also reveals Himself through His sovereign oversight of cultural developments.

We all have a world view, an understanding grid through which we view life. Developing and articulating a world-view helps navigate the complexities of life’s journey. Giving expression core values and crafting a vision and mission statement related to a vocation contributes to informing a world view.

Assumptions about the nature of reality are foundational for a world-view. These are some of my assumptions related to an understanding of human cultural development.

2.  God is Sovereign over His creation and the directional flow of human history. God leads through inspiration, not domination.

I defined my understanding of God’s sovereignty in the previous blog: https://garymccreithblog.com/2021/02/26/progressive-revelation-the-pursuit-of-truth-concerning-the-nature-of-god/

The timing for the Messiah’s appearance on earth exemplifies God’s sovereignty over human history’s directional flow. Paul refers to this in his epistle to the Galatians.

“But when the fullness of the time had come, God sent forth His Son, born of a woman, born under the law, to redeem those who were under the law, that we might receive the adoption as sons.” (4:4–5)

The prophecies of Daniel also provide helpful insights. Daniel sees the future progress of human history from his day as succeeding empires culminating in the “cutting off” the Messiah. During our present age, God has oversight in preparing humanity for the return of the Messiah. Just before Jesus ascended, the disciples queried Jesus about timing, “Lord, will You at this time restore the kingdom to Israel?” Jesus had this response for his inquisitive disciples, “It is not for you to know times or seasons which the Father has put in His own authority.” (Acts 1:6–7)

The times and the seasons fall under the reign of God’s sovereignty.

Not all cultural changes are righteous. Studying the development of cultures, especially those reflecting God’s nature, provides lessons on how God exercises His sovereignty over times and seasons. He is intent on fulfilling His purposes for creation and humanity.

4.  Human Beings are Good. Though susceptible to corrupting influences, Mankind is by nature good. Within any people group, there are bad actors. The behavior of bad actors should not characterize the entire people group.

Flowing with the progress which results from God’s sovereign oversight over cultural development is a catalyst for change, change in thinking and behavior.

Followers of Jesus Christ can be agents for positive cultural changes. Jesus characterized His disciples as the potential salt, light, and leaven of the world. Exhibiting the heart and character of Jesus is vital for the fulfillment of this reality.

“And even now the ax is laid to the root of the trees. Therefore every tree which does not bear good fruit is cut down and thrown into the fire.” (Matthew 3:10)

The ax is the Holy Spirit, and heart issues are the root issues. Scriptural history illuminates the truth that societies cannot legislate the human heart. The Israel of Jesus’ days on earth was well legislated. God dictated its core laws. New or additional rules would not change hearts. Human hearts required change through the ministry of the Holy Spirit. Jesus defined one of the assignments of the Holy Spirit.

“Nevertheless, I tell you the truth. It is to your advantage that I go away, for if I do not go away, the Helper will not come to you; but if I depart, I will send Him to you. And when He has come, He will convict the world of sin, and of righteousness, and of judgment: of sin, because they do not believe in Me;” (John 16:7–9)

An example of healthy cultural progress relates to understanding how to govern ourselves in the community best. The concept of democracy is one such positive, progressive cultural development inspired by God. The governmental systems represented in Scriptural history were primarily authoritarian. Patriarchal family structures, monarchies, and empires were the governmental norm under which biblical characters lived.

The sovereign eye of God had oversight over the creation of the founding documents of the USA. His purpose was not to create a “Christian” nation, as some contend. He intended to create a more humane culture. Parallel to the progressive development of culture, God is establishing His Kingdom on earth through the Church. Until such a time as His Kingdom fully matures, God desires His creatures to experience what it is to be human fully through various human cultural expressions.

One of the more radical statements in the USA Declaration of Independence is: “We hold these truths to be self-evident, that all men are created equal, that they are endowed by their creator with certain unalienable rights, that among these are life, liberty, and the pursuit of happiness.”

The cultural development of the USA has and is progressing in the direction of this ideal. Some fellow citizens may pursue happiness in a manner not viewed as morally acceptable to the Christian faith. As a citizen of a democracy, Christians defend the rights of those with whom we disagree. Disciples of Jesus Christ understand that change will not result from coercion. The potential for change ensues from heart repentance. The Church faithfully committed to the Kingdom priority is the most effective change agent in any culture. 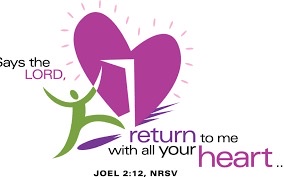