On advice from my Physical Therapists, I began using forearm crutches in the past couple of years. The rudimentary aluminum forearm crutch feature a round tubular hand grip. While being tutored on their use by my PT, my hands began to hurt, even with the padded grips. I did some research on the web. I visited websites built by communities for the disabled. I noted that several of these websites were singing the praises of a forearm crutch designed and manufactured by a Canadian company called Sidestix. 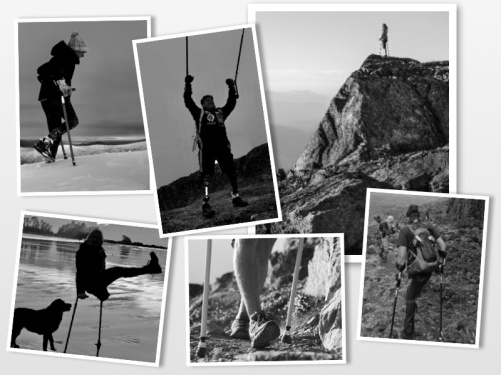 Being Canadian, I knew right away it would be a quality product. I was correct! Sidestix manufactures its crutches out of lighter and more durable carbon fiber. The handgrips feature an ergonomic design. When ordering my pair I communicated with the owner about my hand pain while using the aluminum crutches. She responded by gifting me with hand grip pads for my new Sidestix. After 18 months of use, my hands have yet to hurt while navigating. The model I purchased also features built-in shock absorbers. This component alleviates stress to the shoulders, a most beneficial feature for me given my rotator cuff issues. What was not immediately apparent with my purchase was that these crutches came with an attitude, Defy Convention!

Destined to live at the margins of society, the disabled must defy convention and pursue a unique path that will more fully integrate them with the mainstream of society. Thanks to my parents and the faith community which nurtured me, I come with this attitude. This attitude has seeped into all the nooks and crannies of my life. It significantly influences how I continue to shape my life and vocation as times progresses and circumstances change.

I have included in this blog a recent article by Robert Glazer. I was amused and affirmed by his prose from his chosen title “Rear View” to the last two words, “horse’s ass.” As you read, ponder how defying convention in your present circumstance might rocket you to a more fulfilling and prosperous future. Here is Glazer’s composition:

The world has a new space race.

In the past two weeks, teams from Richard Branson’s Virgin Galactic and Jeff Bezos’ Blue Origin launched their respective founders into space, signaling a forthcoming era of commercial space travel. These achievements came on the heels of multiple successes from Elon Musk’s SpaceX, which recently made history as the first private company to send a spacecraft to the International Space Station.

Each company has taken a different approach to designing their rockets and shuttles. What they’ve all done, however, is deviate from the tested blueprint NASA has used for sixty years.

If you’ve ever seen a NASA rocket launch, you’ve likely noticed most spacecrafts have two side boosters that lift them into the atmosphere. These rockets are called solid rocket boosters, or SRBs.

The engineers who built the SRBs initially wanted them to be wider to create more thrust. The reason these SRBs are so narrow might surprise you and provide a valuable lesson. As it turns out, SRBs are a specific width because NASA transports them by train from factories to launch sites. They were initially designed to be narrow enough to fit through American railway tunnels, which are designed to be just a bit wider than the rails themselves.

This might lead you to wonder why American railway tracks are spaced exactly 56.5 inches apart. The answer to that question is surprisingly straightforward: each set of rails is spaced according to a standard railway gauge first used centuries ago in England.

When Americans first decided to build their own railroads, it was only logical to emulate the railways from England so that they could take advantage of many of the same materials and knowledge.

However, this prompts yet another question: how did the English determine this to be the ideal width for a railroad in the first place? Turns out, the English railways were first built with the same tools used to build wagons, which were, in turn, specifically designed to fit the older English roads built by the Roman Empire. 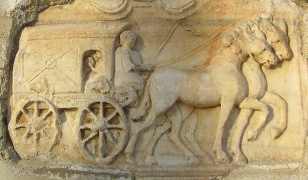 The moral of this story is that the way the Romans built their roads centuries ago likely had a direct impact on the way we sent humans into space for decades. I’m guessing that while many people probably argued that this is simply the best way to build rockets, others questioned why, and began to think of an entirely new solution and design.

This story is also a good reminder of how inertia tends to take over when a process is working. If something is getting the job done, we are often slow to step off the treadmill, rethink our methods and consider if there is a better way. Unfortunately, we mostly take this step only once the old way stops working altogether.

The fact is, many of our modern inventions and processes are designed based on the way things were done hundreds or thousands of years ago, for reasons we no longer even understand. Knowing this, we should really ask why much more often than we do.

Sometimes we are afraid to suggest something new because we don’t want to stick our neck out only to get hit by the railway tunnel. The next time you need the push to challenge the status quo, remember that one of the biggest limitations on our space program for years was literally a horse’s ass.” 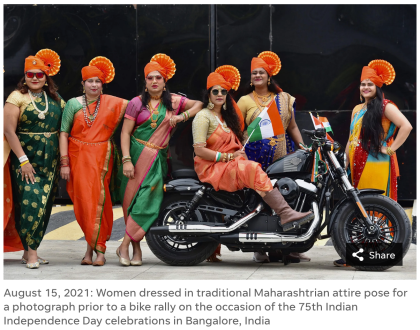