When the Magi worshipped the newborn Messiah, they presented him with gifts of “essence.” The essence of gold had emerged from a fiery trial. Wounded trees yielded the essences of frankincense and myrrh.

When a wound on a tree penetrates through the bark and into the sapwood, the tree secretes a resin. Frankincense is made from the milky sap of trees in the Boswellia genus, found mainly in wild trees in Africa and India. People harvest the sap by gouging the bark of wild trees; they then dry it into golden yellow grains, which can be burned or blended into other fragrances. Myrrh gum, like frankincense, is such a resin. Myrrh is harvested by repeatedly wounding the trees to bleed the gum, which is waxy and coagulates quickly.

The fiery trials and the woundings of life have a way of stripping away the layers of life and exposing our essence as human beings. Such was the case with the Old Testament character Job.

Reading the script from the book named after him, we find Job seeking relief from his suffering. Job sits on ashes scraping his boils with a shard of ceramic pottery. Huh? Sitting on ashes sounds messy, and scraping boils with a shard sounds painful. Seemingly that practice would risk inflicting further injury to his skin. 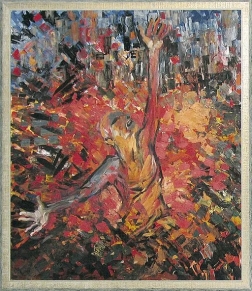 I pondered this conundrum while sitting on a heating pad. The warmth soothed the pain caused by inflammation in my lower back. The pain radiated down into my hamstrings. Digging deeper into the Hebrew text, I discover that the word translated as “boil” may also be translated as “inflammation.” The root meaning of this term is “to burn.” Anyone acquainted with inflammation knows the burn. My “huh?” is beginning to be addressed. What if warm ashes were the ancient equivalent of a modern-day heating pad? What if the shard was a rounded and smooth piece of ceramic used as a massaging tool. Mystery solved! Suddenly I’m more empathetic to Job’s physical suffering and his attempt to find relief.

The story continues: Feeling helpless, Job’s wife watches the suffering of her devout husband. Her anger roils beneath the surface until, like an erupting volcano, she finally vents, “Do you still hold fast to your integrity? Curse God and die!” Job responds, “You speak as one of the foolish women speaks. Shall we indeed accept good from God, and shall we not accept adversity?” (Job 2:9–10, NKJV)

The biblical book of Job is an ancient morality play crafted to challenge humanity’s basic assumptions about suffering and spirituality. In act one, we learn that Job’s anguish results from a divine setup.

“Then the Lord said to Satan, “Have you considered My servant Job, that there is none like him on the earth, a blameless and upright man, one who fears God and shuns evil?” So Satan answered the Lord and said, “Does Job fear God for nothing? Have You not made a hedge around him, around his household, and around all that he has on every side? You have blessed the work of his hands, and his possessions have increased in the land. But now, stretch out Your hand and touch all that he has, and he will surely curse You to Your face!” “And the Lord said to Satan, “Behold, he is in your hand, but spare his life.” So Satan went out from the presence of the Lord.” (Job 1:8–12, NKJV)

Job 42:5 is the key to unlocking the meaning of this morality play. Job responds to God’s interrogation with, “I have heard of You by the hearing of the ear, But now my eye sees You.”

Satan stripped Job of everything but his breath. The fundamental essence of Job’s humanity was laid bare.

Before this test, a reputable Job knew about God. Ultimately redeemed from the pit and restored, Job emerges a changed man. He is now a God-fearing, blameless, upright man who intimately knows God. 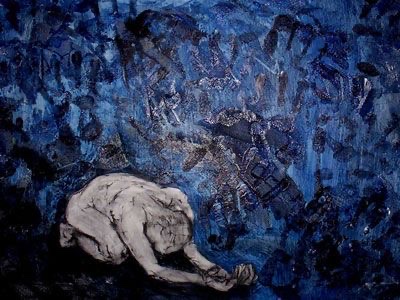 Despite his wife’s angry outburst, Job maintained his integrity throughout his ordeal. For many, personal integrity may top the list of honorable human virtues, but it is not the supreme virtue. The supreme virtue is personally knowing God. In act one of this morality drama, we met Job sitting on the ash heap, massaging his inflamed body. He was a devout man who knew about God, but he did not know God.

When God distills a person down to their essence through tests and trials, He hopes to discover someone who knows Him. To know God is to worship Him in spirit and truth. God desires such worshippers.

Stripped down to our essence, one essential expression of our humanity should remain, worship. Worship is our essential gift to God.

The Magi worshipped the newborn Messiah with gifts of “essence.” The essence of gold had emerged from a fiery trial. Wounded trees yielded the essences of frankincense and myrrh.