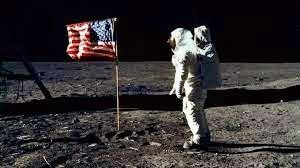 During the era of NASA’s preparations for the first human-crewed moon landing, I launched into preaching and teaching in the Church. I was a member of the notable graduating class of 1969 at Burbank High School. Fast-forward fifty-two years, I find myself dealing with physical and vocal challenges which threaten my ability to continue the ministry of oration.

Several leaders mentioned in the Old Testament, including King David, are noteworthy for strengthening themselves in the Lord. Knowing how to strengthen and encourage oneself in the Lord is a particularly critical asset for a leader. During my recent season of physical trials, I’ve endeavored to fortify and inspire myself in the Lord. As I was writing and editing this blog, I looked back through time at ministry photos saved on my computer. I began to compile pictures of myself and my wife Joanne “in the pulpit.” I think most of us wonder from time to time, “Have I done enough?” I wonder, “Did I pray enough, study the Bible enough, share the love of Jesus enough, preach enough, teach enough, etc.?” Scanning the complied photos boosted my morale. I reminded myself that I had done a lot of preaching and teaching over fifty-two years in various parts of the globe. The fact that I was physically able to accomplish this is miraculous, well beyond my physical abilities. Was this enough? I can’t say. I’ll receive my final evaluation when I stand before Jesus. In Part 1 of this blog, I’ve interspersed slideshows of these photo compilations entitled Pulpit Series. I do this not to boast or assuage my ego but as an act of self-comfort, edification and encouragement.

In recent days I came across a term gaining traction in social media, “internalized capitalism.” This seemed an approriate topic for my consideration given my recent lack of pulpit productivity.

Internalized capitalism links our self-worth to our productivity.

(For more understanding, read this insightful article by Alia E. Dastagir, “If you keep putting work before health and happiness, you may be suffering from internalized capitalism.”)

Dastagir quotes Anders Hayden regarding the similarity between the Calvinist work ethic and internalized capitalism. Hayden is a political science professor at Dalhousie University in Nova Scotia who is researching the political and policy impacts of alternative measures of wellbeing and prosperity outside of gross domestic product (GDP)

Hayden writes, “The Calvinists had this incredible doubt of whether they were worthy. To prove that they were worthy, they had to be able to show that they could be continually industrious, and continuously producing and frugal as well.”

Dastagir adds, “Hayden said he’s inclined to think everyone in a capitalistic society is vulnerable to internalizing ideas that connect our value to what we do rather than who we are.” 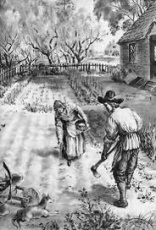 A conservative evangelical culture permeated my formative years. The Calvinist (aka Puritan) work ethic wove itself into that culture. As with any ethic, when practiced to the extreme, it can become unhealthy. I discovered that tempering the work ethic with God’s sabbath ethic proved to be a healthy balance.

In her article, Dastagir also references Nikita Banks, a licensed clinical social worker. Dastagir writes, “Banks asserts that to resist internalized capitalism, people need to celebrate their accomplishments and not compare their journey to others.”

I read Dastagir’s article after I started collating my Pulpit Series slide shows. Bank’s sentiment was an affirmation of my heart’s intent in this endeavor. I was celebrating accomplishments, not intending to compare my journey with others or to brag.

Dastagir quotes Banks, “Be kind to yourself and give yourself the grace to understand that where you are in your life right now is maybe not where you end up. It’s OK to keep pushing, but self-care is important. Watch your internal narratives around what you’ve accomplished, what you’ve achieved, and where you want to be.”

Dastagir adds, “Banks says she sees many clients who struggle with the feeling that they are only contributing to society if they are producing. Internalized capitalism can manifest as burnout, depression, and overall dissatisfaction.”

The reality of this last statement is one of the reasons I chose EaglesRest for our ministry name when our apostolic ministry commenced in 2000. The more I traveled beginning in the ’90s, the more I became aware of too many burnt-out, depressed, and dissatisfied Christian leaders, ministers, and missionaries. Many were dropping out of active ministry. I suspected that one of the reasons was that they had not tempered their work ethic with God’s sabbath ethic. I have written and taught often on the values of sabbath rest, especially as I had the privilege of addressing leaders.

As I composed this blog, I came across another timely bit of terminology, “lying fallow.”

The following is a quote from computer scientist Leonard Adleman. (Adleman is one of the pioneers of the experimental use of DNA as a computational system)

“For the young scientist, this question of choosing the right question to spend your valuable limited intellectual resources on is critical. I often sit for months and do no productive work that anybody can see because I don’t feel I have a good enough question to work on. Rather than take on some lesser question, I would prefer to read a mystery novel. The point is, sometimes it’s important to lie fallow for a time waiting for the ‘right question’ to appear, rather than to engage in uninspiring work and miss the important opportunity when incomes.”

Sabbath times, times of “lying fallow,” can potentially increase overall lifetime productivity. Current physical challenges are enforcing a fallow oratorial season for me. “Why God?” may not be the right question. I rest in my fallow field and await further revelation and more appropriate questions!

Of course, as one raised in the Calvinistic work ethic celebrating my accomplishments publicly as I do in this blog feels a bit prideful. For personal peace of mind, I must temper my celebration with awareness of past shortcomings, mistakes, and failures. Another timely article entitled “Lessons from the Loo” also caught my attention recently. The article featured an interview by Robert Glazer with Robert Landis, Founding Partner of Riverside Capital. 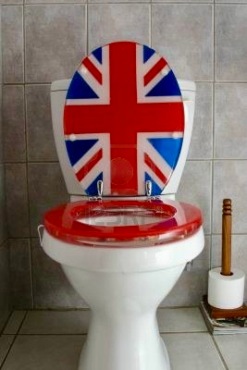 Landis acknowledged, “Plastered in the bathroom of Riverside’s office is a “Lessons from the Loo” poster. This poster displays details and learnings from Riverside’s investments that did not have a positive outcome. The lessons include specific information about each deal and repeatable patterns that may crop up in future potential investments. Fittingly, these failed investments run the investment risk of going into the – well, you can probably guess.

Glazer asked Landis how many times Riverside had lost all their money from an investment, a rare occurrence in private equity. Landis noted that while it had only happened a few times, they were all for the same reason. In each case, the founder of the company seeking an investment had committed fraud, whether through a lack of integrity, falsification of financials, or omission of critical risks during the process of due diligence. Essentially, those deals were doomed before the relationship even began.

Paraphrased from a Warren Buffet quote: “It’s hard to do a bad deal with a good person and a good deal with a bad person.”

Hopefully, I’ve acknowledged enough “loo lessons” in my life to keep me from feeling braggadocious as I watch and rewatch my Pulpit Series.