The sanctity of the pulpit.

The word pulpit is from the Latin “pulpitum,” which means scaffold or platform. Many churches refer to the lectern from which a pastor preaches as the pulpit. I regard a pulpit not just as a physical piece of furniture but also as the sanctified place from which the preacher prophesies and the biblical teacher lectures. 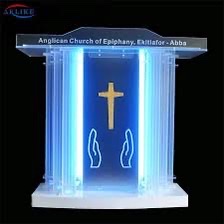 Most churches have dedicated (i.e., sanctified) their physical building and furnishings. This act sets apart a church’s physical facilities for their unique spiritual purposes. The pulpit is the place from which the Word of God is declared and taught. When Biblical preachers or teachers usurp the pulpit to proclaim their personal agenda, they defame the pulpit. Usurping the pulpit to assert one’s political worldview and political agenda compounds this abuse of the sacred. In recent years I have heard individuals standing “in the pulpit” proclaiming that God’s will is for their chosen political candidate to be elected. Some further declare that this is a matter of spiritual warfare. These perverse pronouncements accomplish three things. They pollute the pulpit, introduce the leaven of Herod into the church, and cut off from worship and fellowship those Christians who have a different political worldview.

The preaching and teaching of biblical truth may relate to current social ills and political issues. Concerns such as the sanctity of life, the need for justice, and defending Truth are among such relevant topics. A pulpiteer is in the best position to share godly values, which can help shape effective political policies. The pulpiteer should refrain from declaring “THE CHRISTIAN ANSWER.” Often there are a variety of ways in which a society can address its challenges. Sharing various perspectives, insights, and possible solutions and making room for vigorous debates, especially in a democratic society, are essential facets of formulating solutions and government policies.

The leaven of Herod.

Unfortunately for us, Jesus did not specifically define what he meant by the leaven of Herod. Looking at what we know about the man, we can infer Jesus’ meaning. Herod, aka Herod Antipas, was an anti-Messiah political leader. He was a sexually immoral man. Jesus called him, “that fox!” I don’t think Jesus meant to compliment Herod for his cunning with this nomenclature. A fox was considered an unclean animal by the Jews. This Herod’s father was known as Herod the Great. He was the Herod who attempted to murder baby Jesus. Following in his father’s murderous heart, Herod Antipas murdered Jesus’ cousin John. I’m sure these brutal acts influenced Jesus’ opinion of “that fox.”

The following verses highlight the opinion of Herod among The Pharisees, one of the religious/political parties in Jesus day,

“On that very day, some Pharisees came, saying to Him, “Get out and depart from here, for Herod wants to kill You.” And Jesus said to them, “Go, tell that fox, ‘Behold, I cast out demons and perform cures today and tomorrow, and the third day I shall be perfected.’ Nevertheless, I must journey today, tomorrow, and the day following, for it cannot be that a prophet should perish outside of Jerusalem.” (Luke 13:31–33, NKJV)

Even though the Pharisees were no fans of Jesus, they took it upon themselves to warn Jesus about Herod’s plan.

From the Biblical narrative, we learn that Herod’s father, aka Herod the Great, was also violently anti-Messiah.

“Then Herod, when he saw that the wise men deceived him, was exceedingly angry; and he sent forth and put to death all the male children who were in Bethlehem and in all its districts, from two years old and under, according to the time which he had determined from the wise men.” (Matthew 2:16, NKJV)

When Herod Antipas heard about the nature of Jesus ministry, he ranted,

“This is John, whom I beheaded; he has been raised from the dead!” For Herod, himself had sent and laid hold of John and bound him in prison for the sake of Herodias, his brother Philip’s wife, for he had married her. Because John had said to Herod, “It is not lawful for you to have your brother’s wife.” (Mark 6:16–18, NKJV)

This Herod was anti-Messiah and anti-Body of Christ.

“Now about that time, Herod, the king, stretched out his hand to harass some from the church. Then he killed James, the brother of John, with the sword. And because he saw that it pleased the Jews, he proceeded further to seize Peter also. Now it was during the Days of Unleavened Bread. So when he had arrested him, he put him in prison and delivered him to four squads of soldiers to keep him, intending to bring him before the people after Passover.” (Acts 12:1–4, NKJV)

“But when Herod had searched for him (Peter) and not found him, he examined the guards and commanded that they should be put to death. And he went down from Judea to Caesarea, and stayed there.”

The narcissist king had anger issues!

“Now Herod had been very angry with the people of Tyre and Sidon, but they came to him with one accord and having made Blastus the king’s personal aide their friend, they asked for peace because their country was supplied with food by the king’s country. So on a set day, Herod, arrayed in royal apparel, sat on his throne and gave an oration to them. And the people kept shouting, “The voice of a god and not of a man!” Then immediately, an angel of the Lord struck him because he did not give glory to God. And he was eaten by worms and died. But the word of God grew and multiplied.” (Acts 12:20–24, NKJV)

Herod was a man willing to violate God’s laws and oppose God’s purposes to perpetuate his political power.

“If we had to draw some conclusions about the lifestyle of Herod, it would be that he was a religiously devout man that played both sides of the fence. He was supposedly devout in his faith, yet he associated with political powers that, in reality, muddied the waters and corrupted his faith. Ultimately, political power may have been to blame for his anti-Christ sentiment.”

(For more information on Herod, click on the link for this blog: https://psalmfiftyone.wordpress.com/2012/02/27/beware-of-the-leaven-of-herod/ )

“That is why Jesus warned the disciples and us about being influenced by the leaven (sin) of Herod. The moment the church trades in its greatest hope (Jesus) for political power is the very moment that it’s doomed.

We should never take God’s house into anything that does not place Christ at the center of it. Psalm 118:8-9 says:

‘It is better to take refuge in the Lord

than to trust in man.

It is better to take refuge in the Lord

than to trust in princes.’ 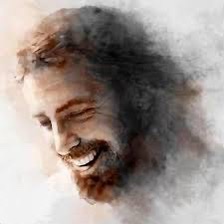 Jesus himself was twice confronted with the temptation of political power. Both times he rejected them. . . After Jesus feeds the thousands, the people are astonished at his power. The following is what takes place: ‘After the people saw the sign Jesus performed, they began to say, “Surely this is the Prophet who is to come into the world. Knowing that they intended to come and make him king by force, Jesus withdrew again to a mountain by himself.’ (John 6:14-15)

The second time occurs when Jesus is tempted by the devil himself in the wilderness: ‘The devil led him up to a high place and showed him in an instant all the kingdoms of the world. And he said to him, “I will give you all their authority and splendor; it has been given to me, and I can give it to anyone I want to. If you worship me, it will all be yours.” Jesus answered, “It is written: ‘Worship the Lord your God and serve him only.”‘

‘A politicized faith not only blurs our priorities but weakens our loyalties. Our primary citizenship is not on earth but in heaven. … Though few evangelicals would deny this truth in theory, the language of our spiritual citizenship frequently gets wrapped in the red, white, and blue. Rather than acting as resident aliens of a heavenly kingdom, too often, we sound [and act] like resident apologists for a Christian America. Unless we reject the false reliance on the illusion of Christian America, evangelicalism will continue to distort the gospel and thwart a genuine biblical identity….’

American evangelicalism is now covered by layers and layers of historically shaped attitudes that obscure our original biblical core.”

A pulpit is a sanctified place from which the preacher or the teacher releases the Word of God and the Holy Spirit. Let’s keep it pure.

“Who, then, is allowed to ascend the mountain of Yahweh?

And who has the privilege of entering into God’s Holy Place?

Those who are clean—whose works and ways are pure,

whose hearts are true and sealed by the truth,

those who never deceive, whose words are sure.

They will receive Yahweh’s blessing and righteousness given by the Savior-God.

They will stand before God,

for they seek the pleasure of God’s face, the God of Jacob.”

Pause in his presence (Selah)