The merging of life events, at a specific moment or season of life.

Often little or no personal control is exercised in the timing of the convergence.

Personal control may be exercised in the awareness of, the learning from,             and the application of the lessons from the convergence.

Convergence was the title I gave to a recent sermon to myself. One way God exercises sovereignty over history is through a process I refer to as convergence timing. I think of Galatians 4:4 in this context. “But when the fullness of the time had come, God sent forth His Son, born of a woman, born under the law,” There was a sovereign timing for the Messiah’s earthly ministry. Several historical events had to take place and converge in preparation for this to happen. This convergence timing was prophesied, for example, in the Old Testament book of Daniel.

I also believe that God is consistently communicating with His children. One of the ways He speaks is through convergence timing. Those who pay attention to this will be enlightened, encouraged, and edified by His messages. I’m amid a convergence timing and trying to discern His message for me. What alerted me to the convergence was the discovery of the featured photo.

Attempting to remain productive in this season of quarantine, I have been scanning and sorting family pictures. I brought a couple of boxes of pictures back from the family home in San Marcos after our time there in July. The boxes include photos from my parents and maternal grandparents. I am discovering pictures that I do not remember seeing before. The featured image is from the time I was in the hospital recovering from polio. Today, as I write, is the 67th anniversary of my encounter with polio. Seven days after my second birthday, my parents noticed that I kept falling while walking the hall of our home. Soon I was in the hospital flat on my back, paralyzed and unable to sit up. The doctors wondered if I would ever be able to sit up again.

Polio had also infected a boy my age during the same outbreak. We were in the hospital ward together. He is the one in the photo with me sharing the wheelchair. (I’m the handsome tot in the foreground). Later, during our elementary school years, he and I would attend a summer camp for crippled children (the politically acceptable terminology at the time) called Camp Woodeden. The facility was located in London, Ontario, a sixty-mile drive from our home in Kitchener. My mother would be our chauffeur to and from this two-week camping experience.

I must admit this photo is rather haunting for me. As I stare at the image, it feels like a two-year-old Gary desires to communicate with the sixty-nine-year-old Gary. I see the trauma on his unhappy face. Two-year-old Gary was your typically overactive toddler. I can’t imagine what the trauma was like for that little guy to become physically immobile very suddenly. I have only one memory of that time in the hospital. It is a happy one. I see myself sitting on the floor. Before me is a tin Model T Ford toy. Standing over me is my maternal uncle, Gerald, the bearer of that gift. There are more legs to my left. I assume they are other family members.

I know my body retains the memory of the trauma I experienced in the early days of my “Terrific Twos!” For example, forcing myself to lie still on my back in an MRI tube seems to arouse those bodily memories.

Another point of convergence is facing the current challenge of physical aging exacerbated by Post Polio Syndrome symptoms. These symptoms have been coming on over the past three years. These symptoms became more chronic during the decade of the eighties. Happily, I experienced healing from those symptoms in 1991 and remained symptom-free for 26 years.

Living amid the current coronavirus pandemic is part of the convergence as well. There are similarities between coronavirus and the poliomyelitis virus. Fortunately, both viruses have a high survival rate. Praise God for that. Thankfully, science has better-equipped humanity to address pandemics in ways that lessen these diseases’ ravages. Dr. Jonas Salk labored four years to develop and test a vaccine for poliomyelitis. After trying his oral vaccine on himself, his family, and colleagues in 1954, Dr. Albert Sabin and his Russian colleagues worked to perfect the vaccine from 1956 to 1960. Today humanity is impatient because it may take a year to develop and test a coronavirus vaccine. Thankfully, scientific progress has made possible the potential of developing vaccines more quickly today than in the 1950s.

Early estimates for the recovery rate for Covid-19 are around 98%. Statistics that I’ve seen place the recovery rate for poliomyelitis between 90% and 95%. Overall, 5 to 10 percent of patients with paralytic polio die usually due to the paralysis of muscles used for breathing. The case fatality rate (CFR) varies by age: 2 to 5 percent of children and up to 15 to 30 percent of adults die from polio. Minor symptoms such as fever, muscle weakness, headache, nausea, and vomiting develop in 4 to 5 percent of polio infected individuals. Up to two percent of infected persons develop severe muscle pain and stiffness in the neck and back. Less than 1 percent of polio cases result in paralysis. I’m a “1 percenter”.

Being a “1 percenter” influences my perspective on the current coronavirus pandemic. I identify with the 2% of the population that do not recover. I grieve with the family, friends, and communities. Researchers are only in the early stages of understanding the long term physical, emotional and mental consequences for those who survive Covid-19. I wonder about the potential “1 percenters” and the lifelong challenges they may face

As a Pastor, I have considered myself a participant in the network of healing professionals in my community. Those of us in the healing professions have as one of our mantras, “primum non nocere,” which, translated from the Latin, means “first, do no harm.” The last thing in the world I would ever want to be is to be responsible for putting another life at risk for coronavirus. To that end, I follow government restrictions and honor the best science counsel. Maybe if those same restrictions and counsel were applied and followed in 1953, I would not have become a “1 percenter”.

The final but not least, point of convergence at this moment is the application of my faith. My faith is more than just a system of beliefs. It is a discipline of life that entails following my role model, Jesus Christ. Jesus modeled a life of service and self-sacrifice. My service over the past half-century is a matter of public record. My sacrifices are not so visible. My sacrifices are between Jesus and me. Whatever sacrifices I have made, I have made them as an act of worship and way of honoring Jesus. Wearing a mask, self quarantining, social distancing, etc. are mere temporary inconveniences in comparison. I think these inconveniences may still count as an act of worship. That is the way I intend them anyway. 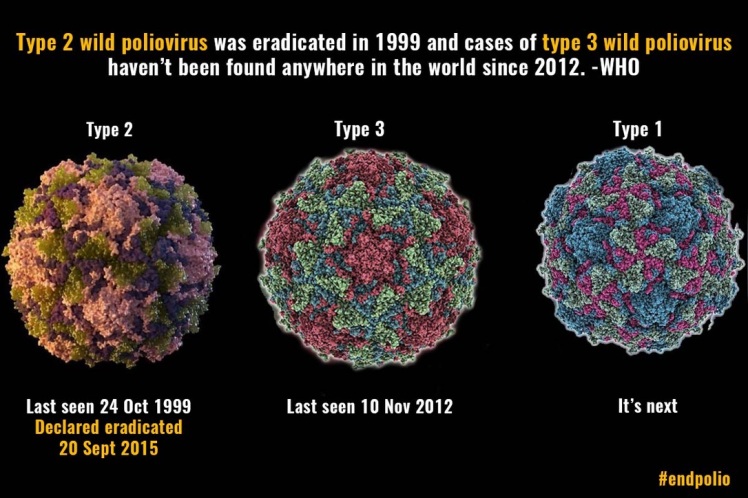